Happy New ish Year.
Only 2 months late. Where does the time go?


I thought I’d force myself on to the 30 days sketchbook challenge. It started well. 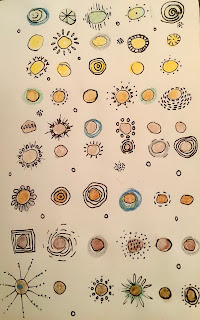 Spots and dots was the first prompt , easy peasy and fun.
But I’m sorry to say I only lasted twelve days. I didn’t have enough time to devote to it.
Here are a couple I did .. 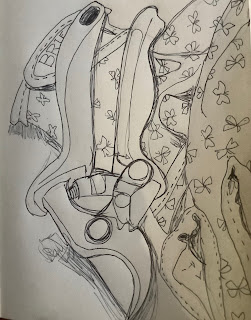 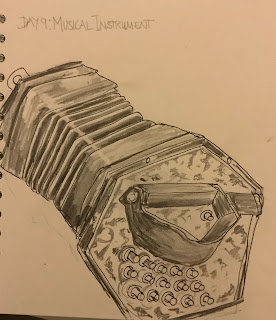 Musical instruments.
How could I not do the ever present concertina? 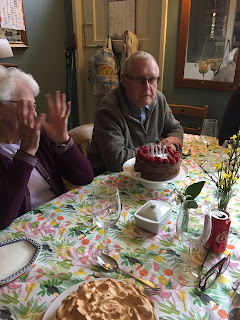 Then it was Brian’s birthday.
My Mum seems to be enjoying herself doesn’t she?

Bittersweet end to January though as his brother’s wife died after a 6 year battle with Cancer. Fortunately we were able to see her  and say our goodbyes but she didn’t know we were there.
His birthday card, posted  two days  before, had her name on it .

Then came the 31st and the most stupid, most pointless, most shameful thing happened.

We pulled up the drawbridge and became Little Britain for no good reason. I know many will disagree with me but I make no apology for my opinion. 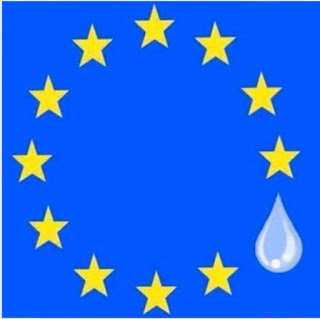 I’ve been very busy with the U3 A a splendid organisation with a new branch in our area.
We were fortunate to be given the opportunity to work with Olivia Keith for three
‘Hedgerow weaving’ sessions. I’ll admit to being a bit baffled by it but I signed up because it sounded interesting. And so it was.
The first session produced this a shallow ‘ bowl’ made using Olivias materials. Then we had to forage for our own 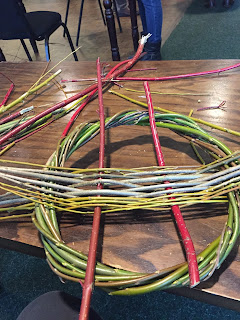 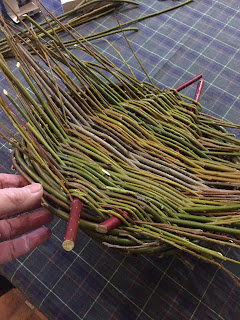 And two weeks later we made these.. 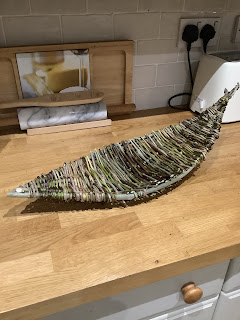 And during the final session I made an obelisk, wigwam, plant support. 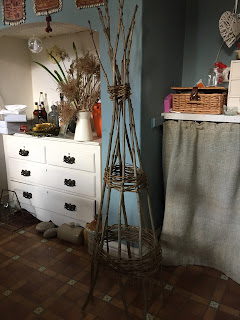 Keep trying to find a good place to photograph it as outside is wild and woolly. 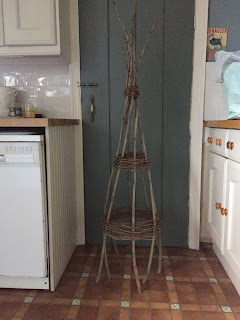 But I’m sure you get the picture.
I also joined the new handbell ringing group. I’m not a bit musical
and my biggest contribution so far is sewing 20 calico bags with drawstrings to protect the bells. Everyone is a lot more impressed by them that they ought to be!
It makes you realise how many people don’t sew.

Now talking of sewing.....
Yay! I got inspired again.
It happened this way

A lovely lady in America liked some old things from my Etsy shop and asked if I could make her similar. So I had a go.
The result! 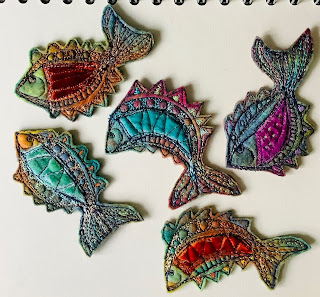 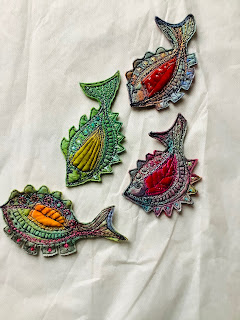 So after a brief obsession and many sales of these silly fish, someone else suggested two fish together. 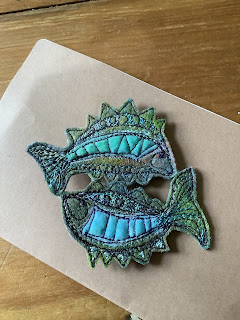 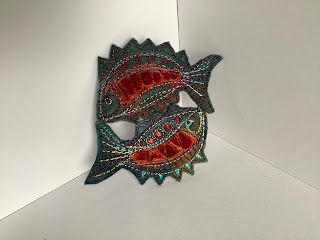 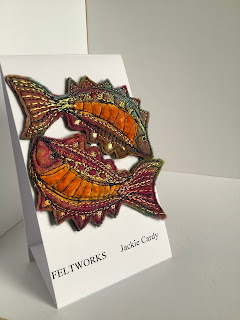 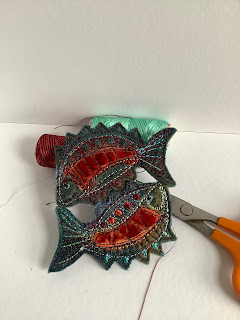 And my obsession was also doubled. I’ve made and sold about 6 of these and am just revving up to go in my sewing room and make more.

At the moment I have a very bad cold and am desperate not to give it to my OH as we are soon to be crossing the Irish sea for the Annual concertina class.
It would be a shame if he was ill for it.

I’ll leave you with a picture of a new visiting member of our textile group.
Meet Chester. The dearest, darlingest little mini Schnauzer, 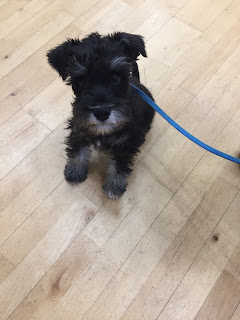 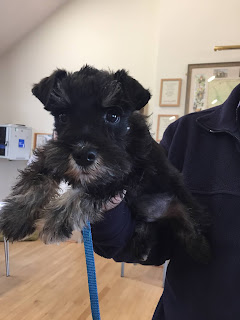 Except for Hetty of course.

Hope you are well enough for your concertina class, and I love those 'Pisces' fishes. Very fitting for this time of year.
Love the woven basketry too.

Good to know that the inspiration has returned!

SO GOOD to hear from you. I have thought of you so often and search for a post of anything. My sister and I so enjoyed your felt making workshops and it's great to see you online and making beautiful colorful brooches again. Be well and enjoy your outing with your husband and concertina!!! Please don't be a stranger. I'm sure anything you have to share will be appreciated!!

I have always loved your fish!
I very much agree with your Little Britain comment, I also fail to understand why :-(
Good to see you bloging again,

You lasted longer than me with the sketchbook project! Totally agree about Little Britain which just makes me very sad. Love the fish!

Thank you Heather. The week is almost over and I’m well. X

Thank you Rachel. It’s been a while.

Thanks Gina. We did our best with the sketchbooks I suppose. We tried!