Its been aaaages.
Firstly a big thank you to everyone who commented on my last post. I got a bit muddled trying to reply, so sorry I didn't get back to everyone.


I think it was June when I last posted or maybe the beginning of July. July was blessed with this beautiful display from my long awaited 'Paul's Himalayan Musk' rose. It only flowers once a year and its the first time its been so spectacular. The scent is incredible. I don't think the neighbours are too enamoured of it a it grows through the hedge and chances its arm by poking out of the other side. There have been 'tuttings'. Its a problem when we live in an individual sort of a house which shares a boundary with a modern estate, some the residents of which have generally a completely different idea of gardening and want to be neat with lawns like bowling greens and many fences. (Not all like that I have to say.) 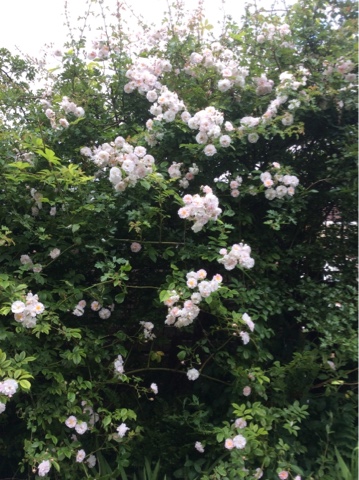 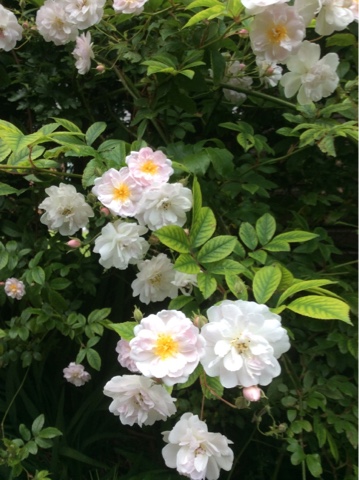 My sewing room has been causing me some concern lately and I got really fed up of the chaos I created whenever I made a piece of felt. There was wool all over the floor and I got to the point where I didn't want to go in. 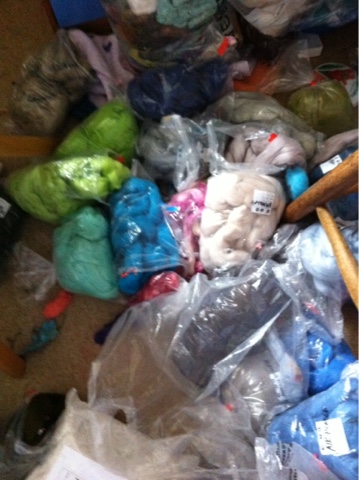 So I thought I'd try a different method of storing my wool. First I decided to collect some plastic bottles and cut them in half, then cut the top off. It looked good but I suddenly realised I couldn't store 60 plus round bottles easily. 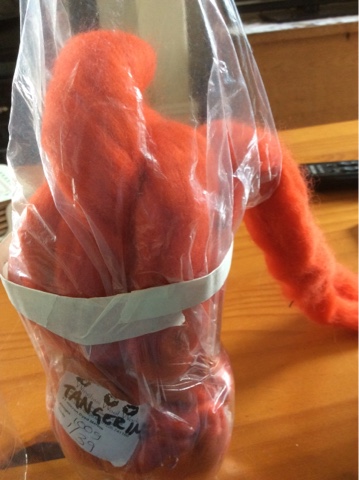 So after a bit of research and some conversations with James from 'Box Express' I discovered some two-tiered boxes made for glasses which I cut in half and stacked on their sides and voila! 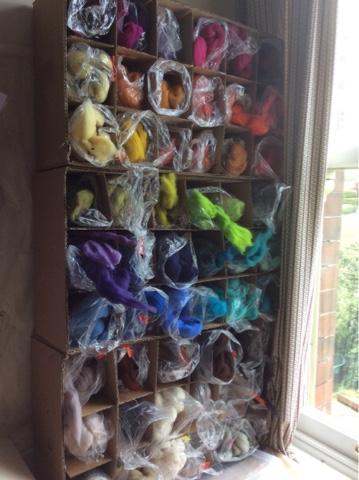 My wall of wool.
It works. Tidy tidy tidy.
So I could get on with much felt and many brooches. 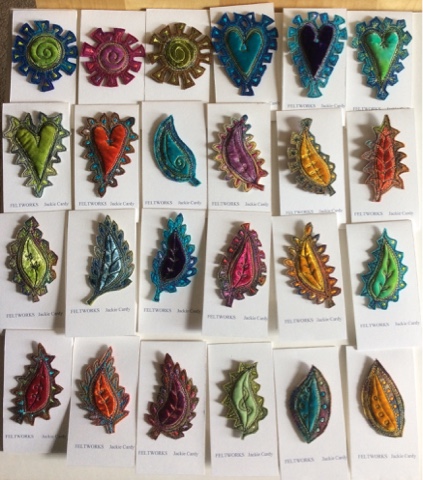 So..the main reason I haven't posted is a sad one.
On 17th July there was a knock on the door.
It was a lovely neighbour from aforementioned 'estate' asking if we had a black and white cat. Her 20 year old son had been walking home from the pub the night before and had found one dead on the road.
He'd taken it to their house and was very upset bless him, saying 'Mum I couldn't leave him'.
Of course it was our Jools, and Linda knew, and was so lovely in breaking the news to me. 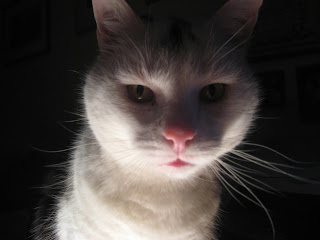 He'd been hit by a car. I find it amazing after 15 years of him crossing that road.
I'd just been talking to the vet about him because he was becoming ravenous and very difficult because of it. I couldn't leave any food out anywhere, couldn't even turn my back on him when coking.
He had become difficult with food and generally life was troublesome with him.
So although I'm sad for the lovely boy he was, I wasn't devastated by his death and at 15 I suppose he could have become ill and we might have seen him suffer. It looks as though he was hit and died quickly.
The only thing that bothers me is that that very night I'd been in the garden with Hetty and she'd found a hedgehog. I was taking photographs and I just hope Jools didn't come running across the road because he heard us in the garden. It was just at that time he was found.

I didn't blog because I wanted to write a tribute to him, but didn't have time. I'll eventually write one on the 'Tales from the home of Willow and Jools' blog. A real obituary. I loved him how he used to be, the best cat ever.

Two days later it was my birthday and we went to The Drunken Duck near Ambleside. We had a fabulous meal and the dessert was gorgeous. Eccles cake with gooseberry curd, gooseberries and clotted cream ice cream. It was so good.We had a walk around Tarn Hows afterwards. 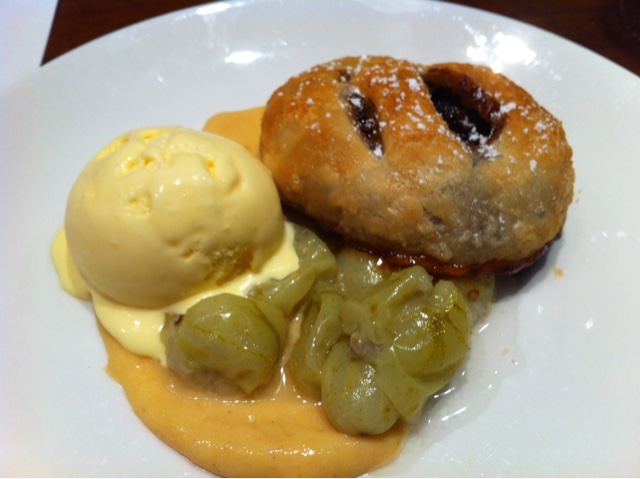 My real Birthday treat came a few weeks later when we all went to Chester Zoo  for the day. We were so lucky seeing the new born baby elephant on her first outing. She was so cute. The whole day was brilliant but extremely tiring, not only for the baby elephant but for me too! 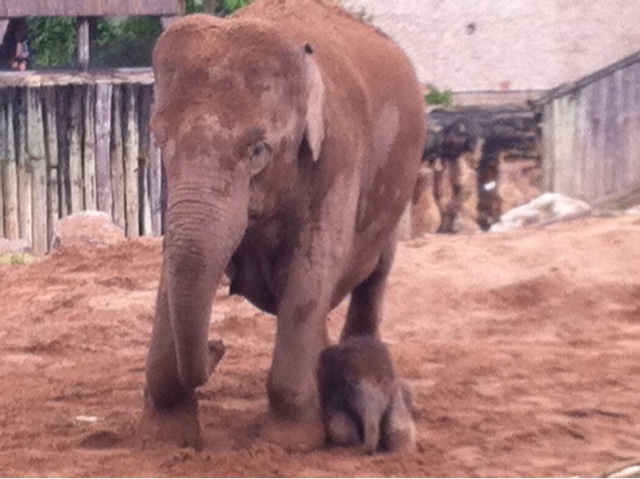 Quite funny when my sons beat off a load of Souse toddlers to get into the viewing domes for some rodents that weren't there. Even funnier when I posted the picture on Facebook and my friends thought it was me. My younger son is a lookalikey. 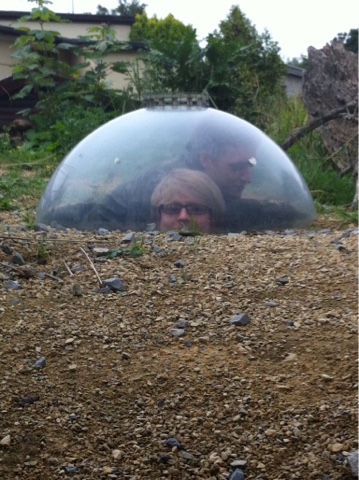 Soon it will be Yarndale so I've been sewing brooches like mad. 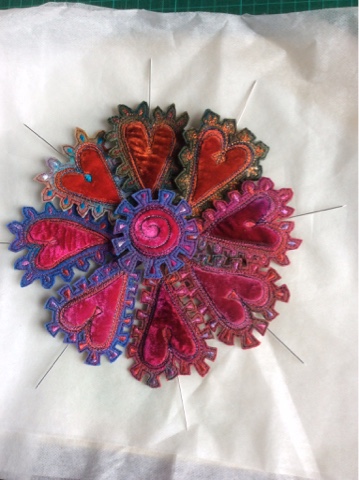 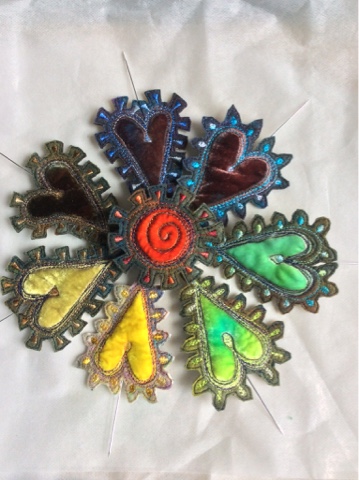 even had to Dye some velvet and you all know how much I hate that. 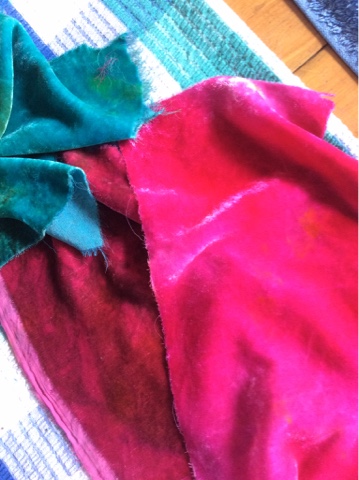 We're off to Greece soon for a week. I have a dreadful cold but as its 32 degrees in Symi I think I might snap out of it!
Posted by Jackie at 20:58 9 comments: