The Post-Christmas Blues Creativity boost has been great.
First I made the brooches in response to lovely shop/gallery requests and I think that got my Creative Muscle toned.
I was struggling on with this piece since before Christmas but have finally finished it.  I quite like it but there are a few bits I might do differently. 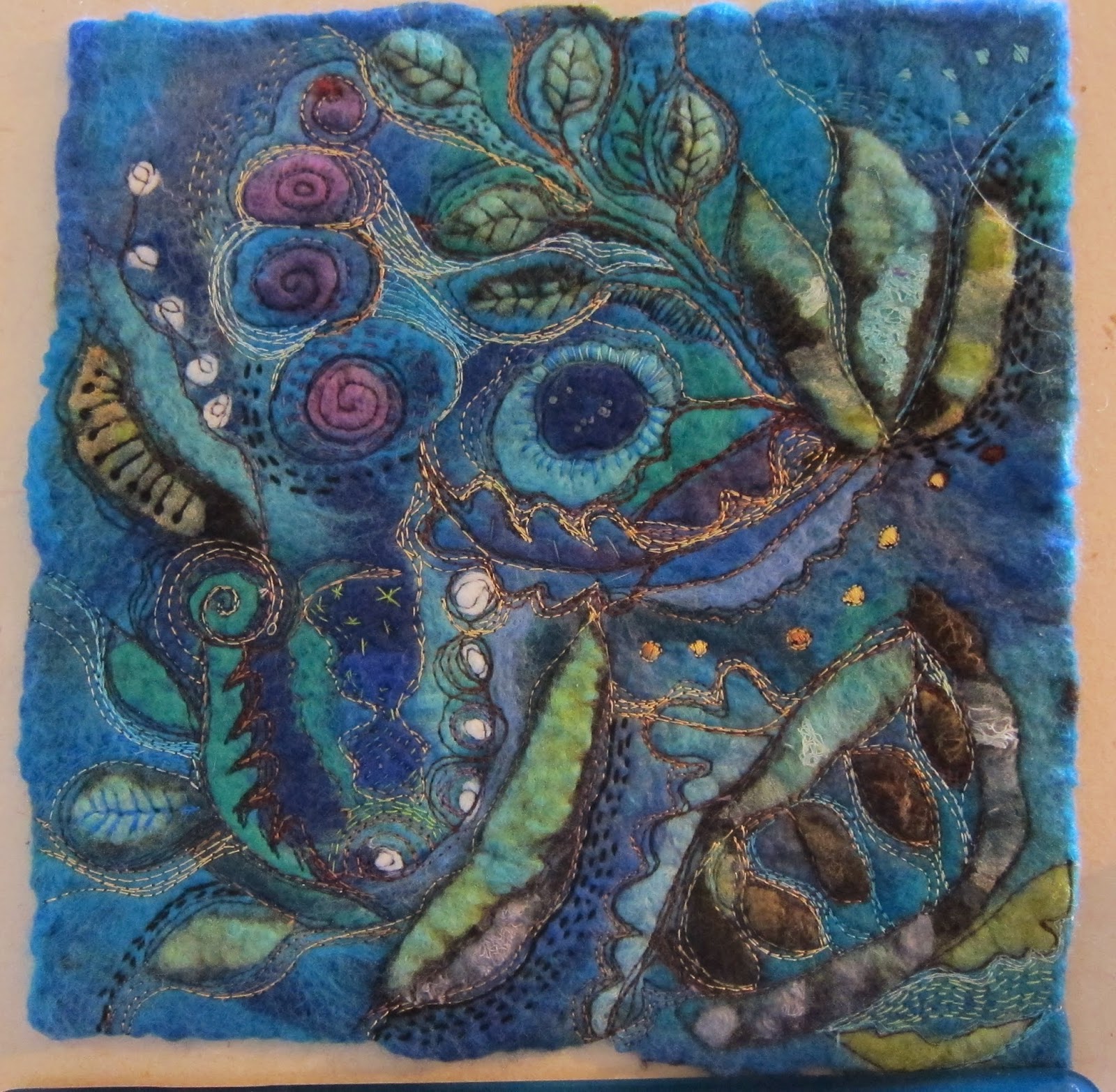 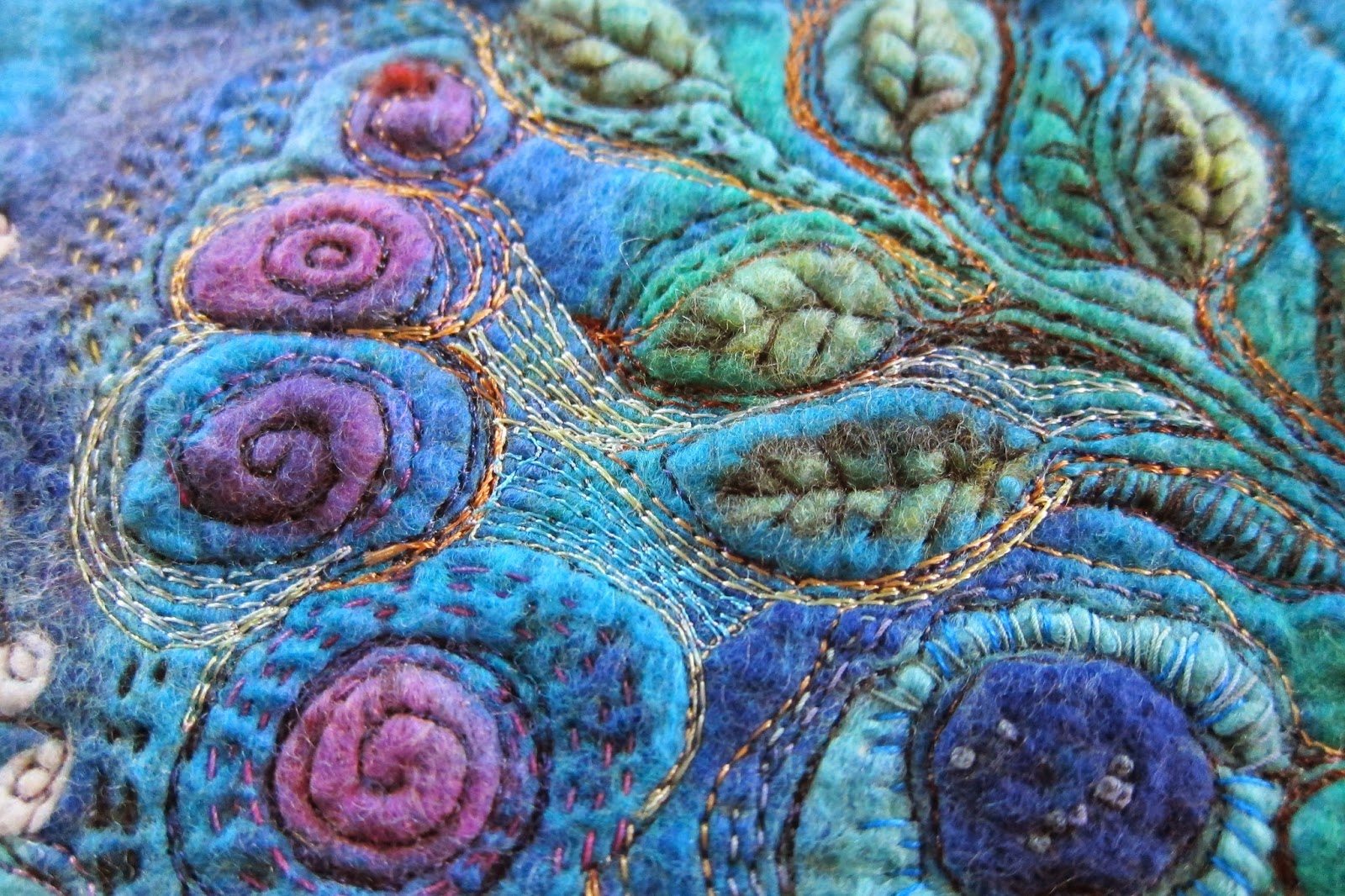 I like the colours and am working on two small pieces from the same batch of felting.

When I was Reeeeeaaally lacking inspiration I decided to do some drawing , you know the 'drawing a day' resolution which lasts about 8 days.
I did a few doodles just letting myself go anywhere with the pencil . 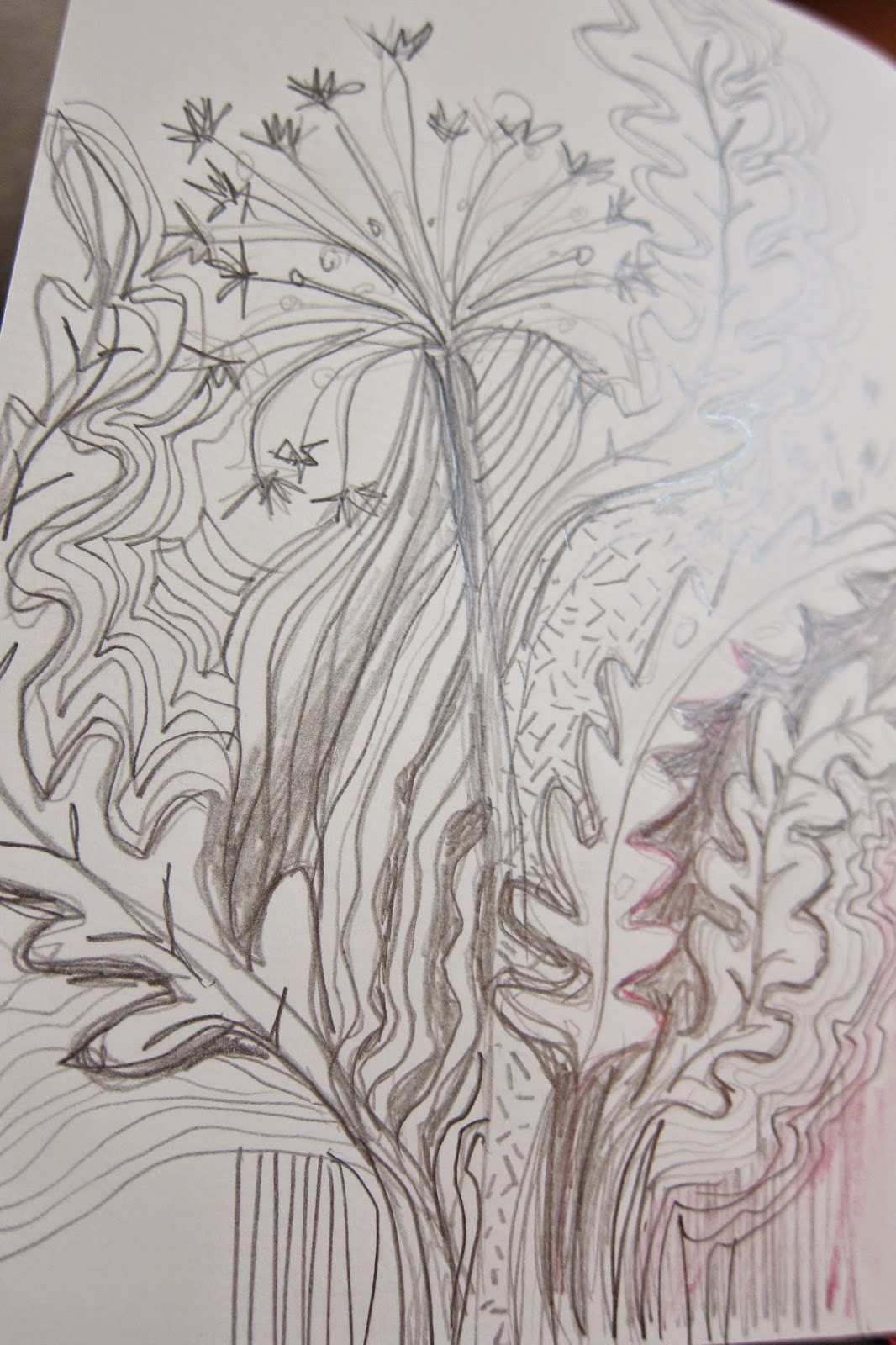 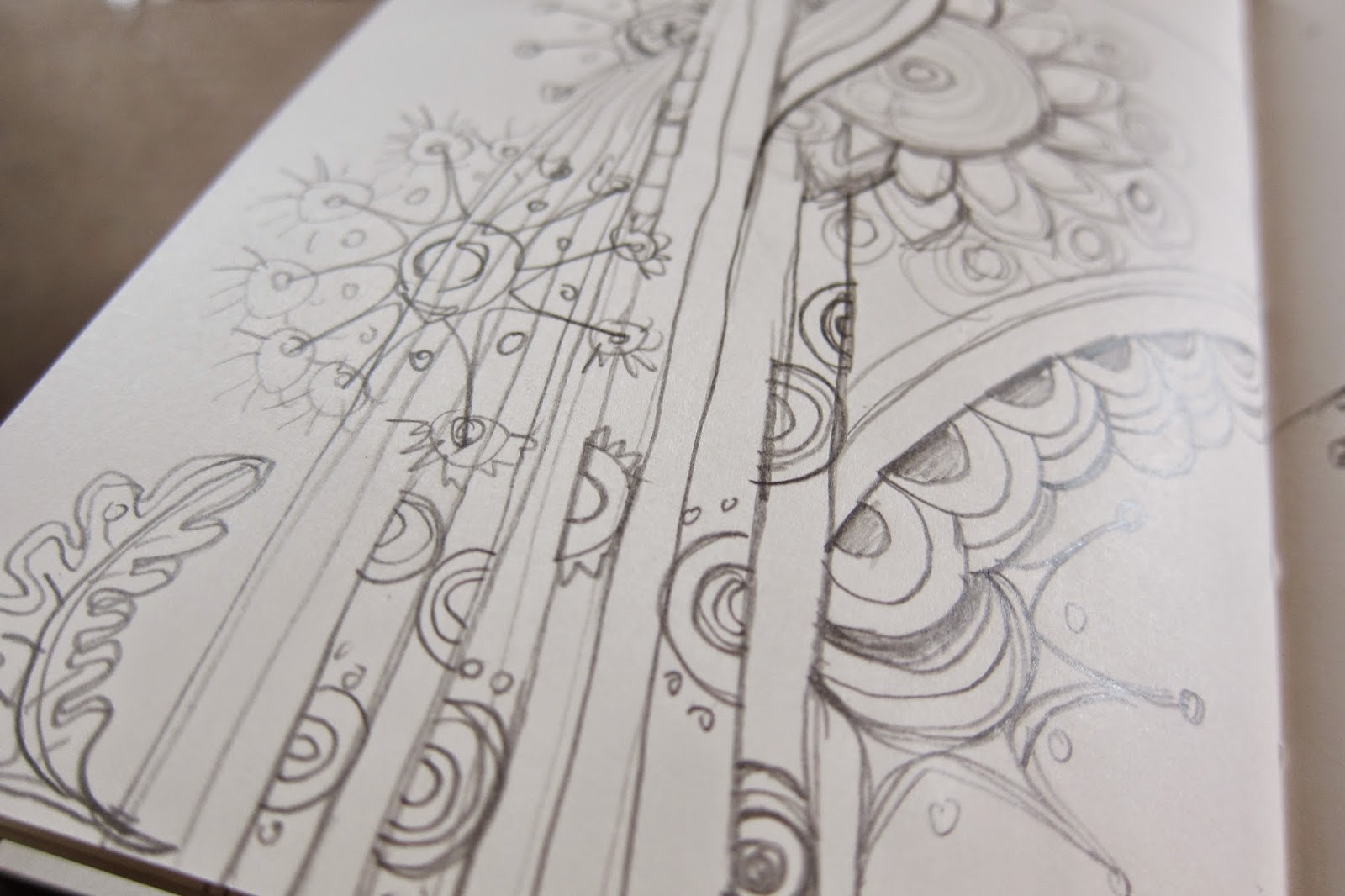 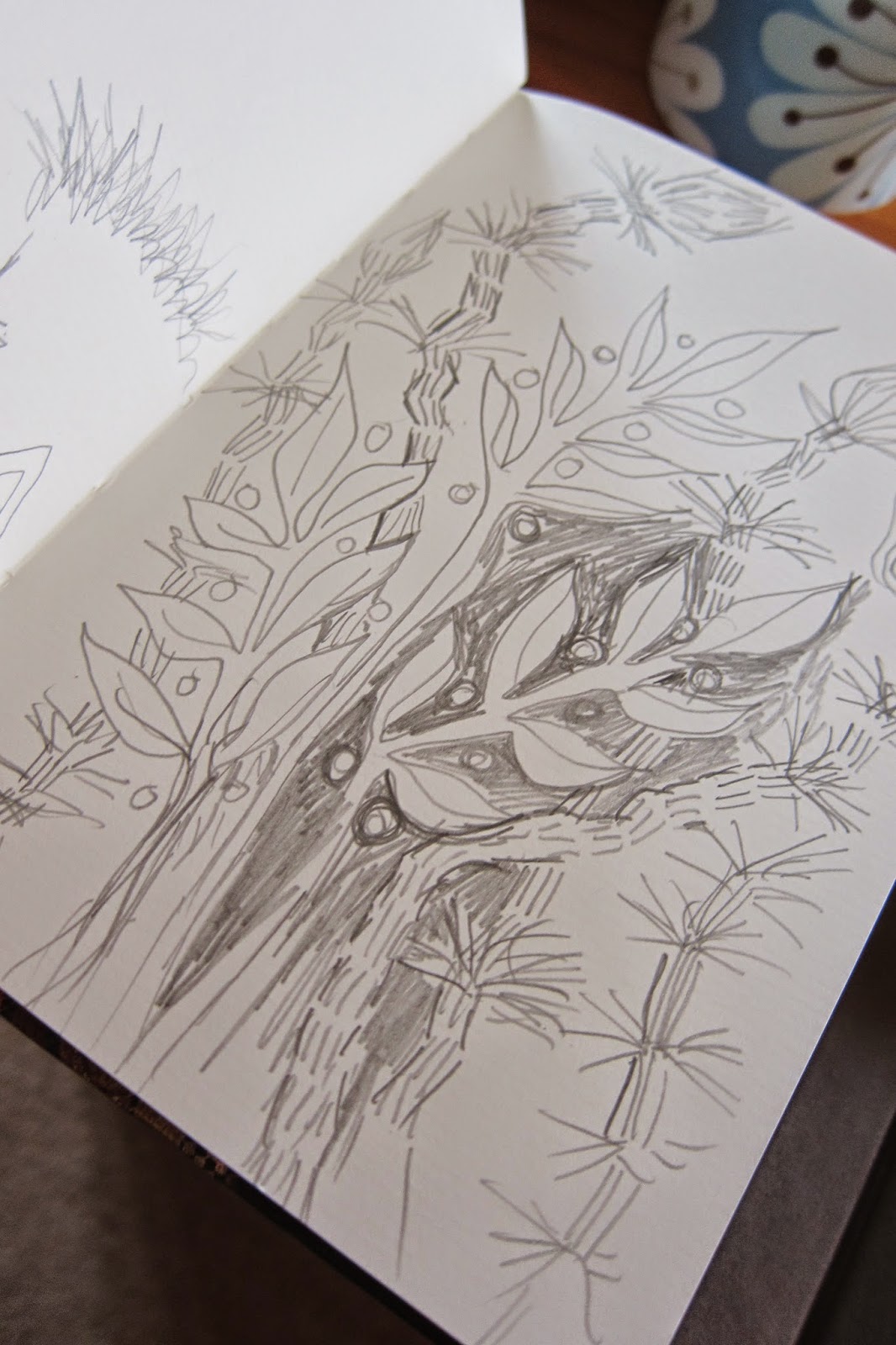 I quite liked this so made a whole lot of pre-felts and constructed a background piece which I think I should have photographed before stitching.

Anyway here it is with stitching...rather a lot..and I really feel satisfied with it. Its a bit busy but I like that. 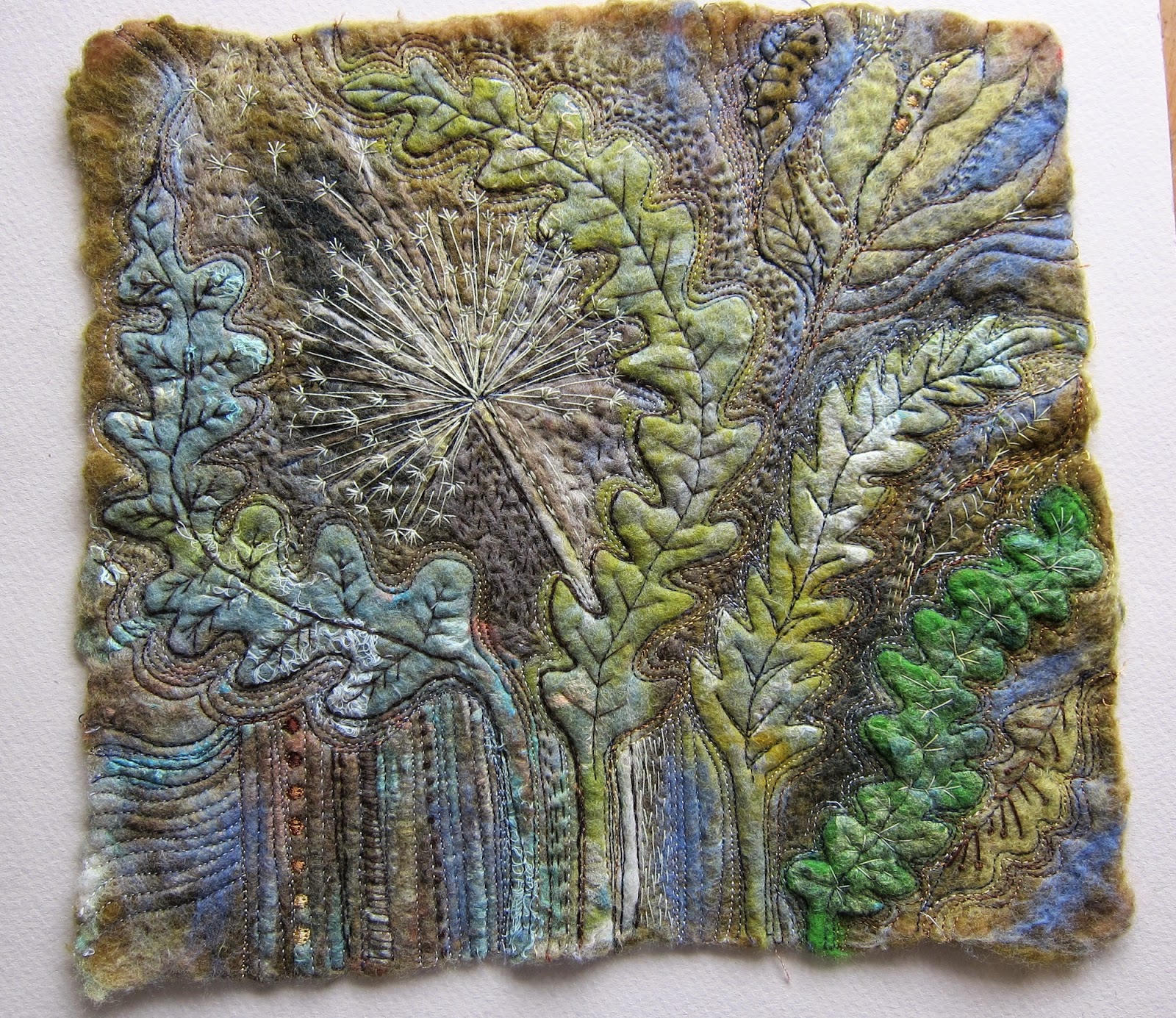 Its about 10 inches square 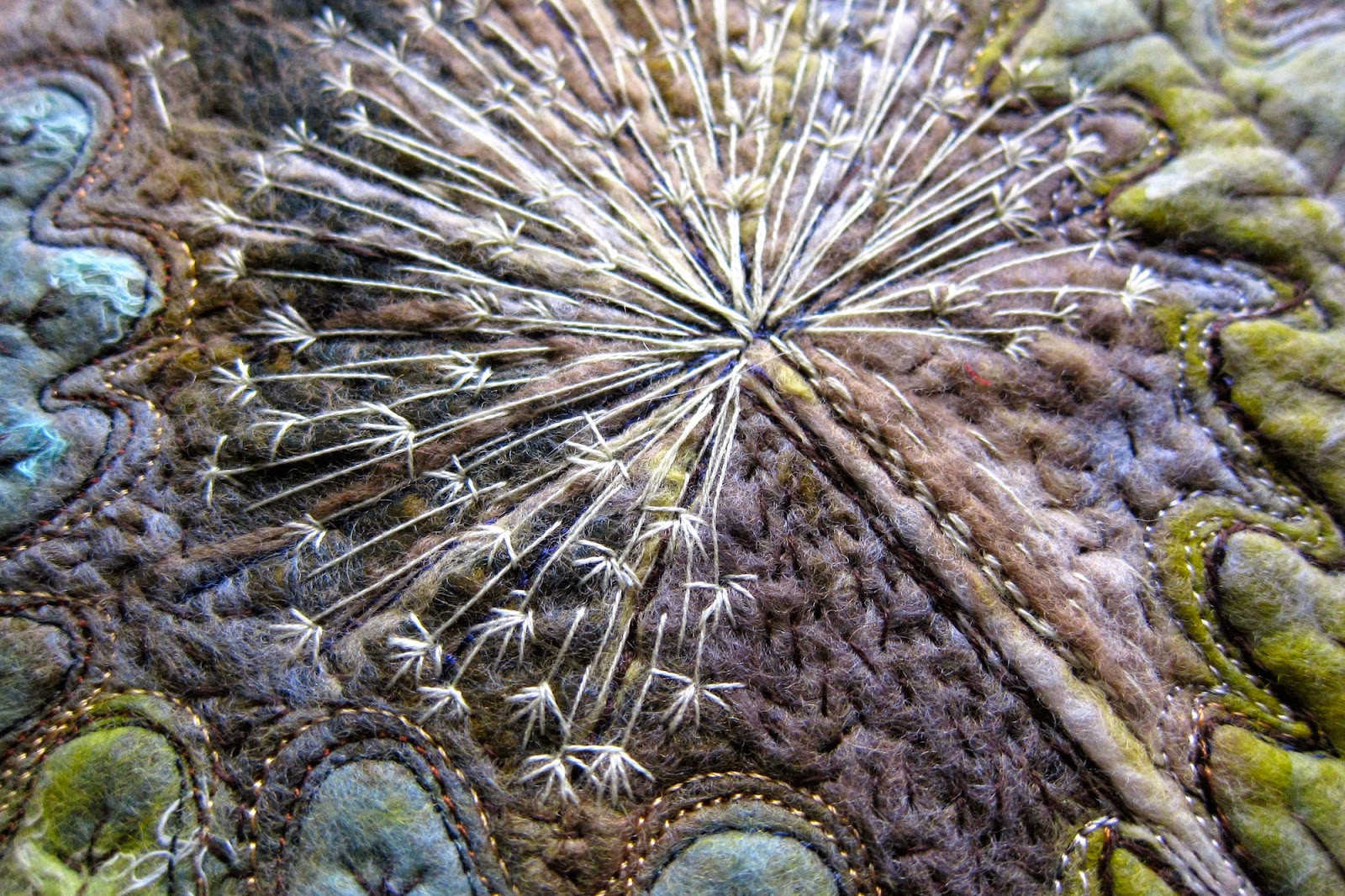 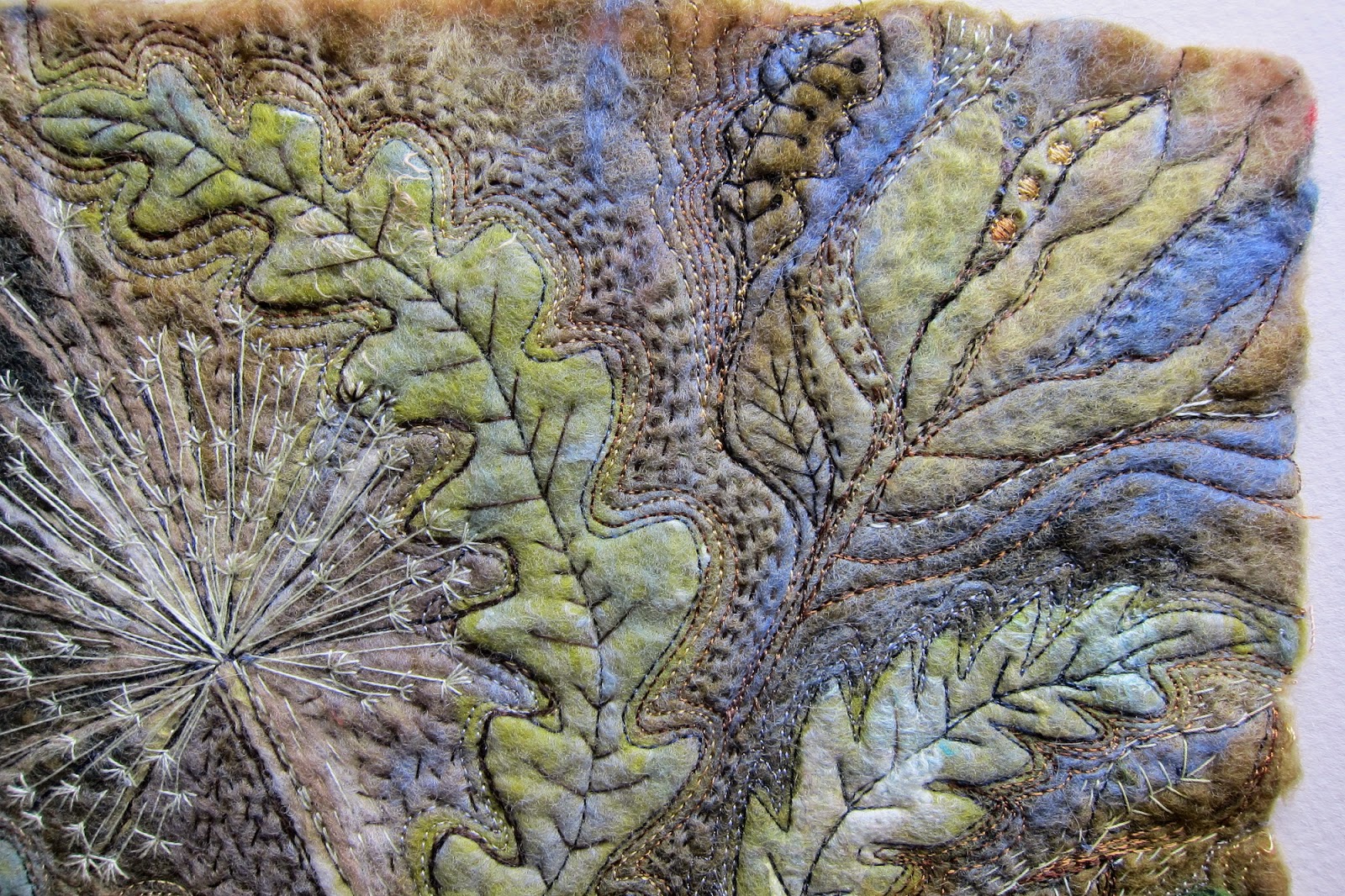 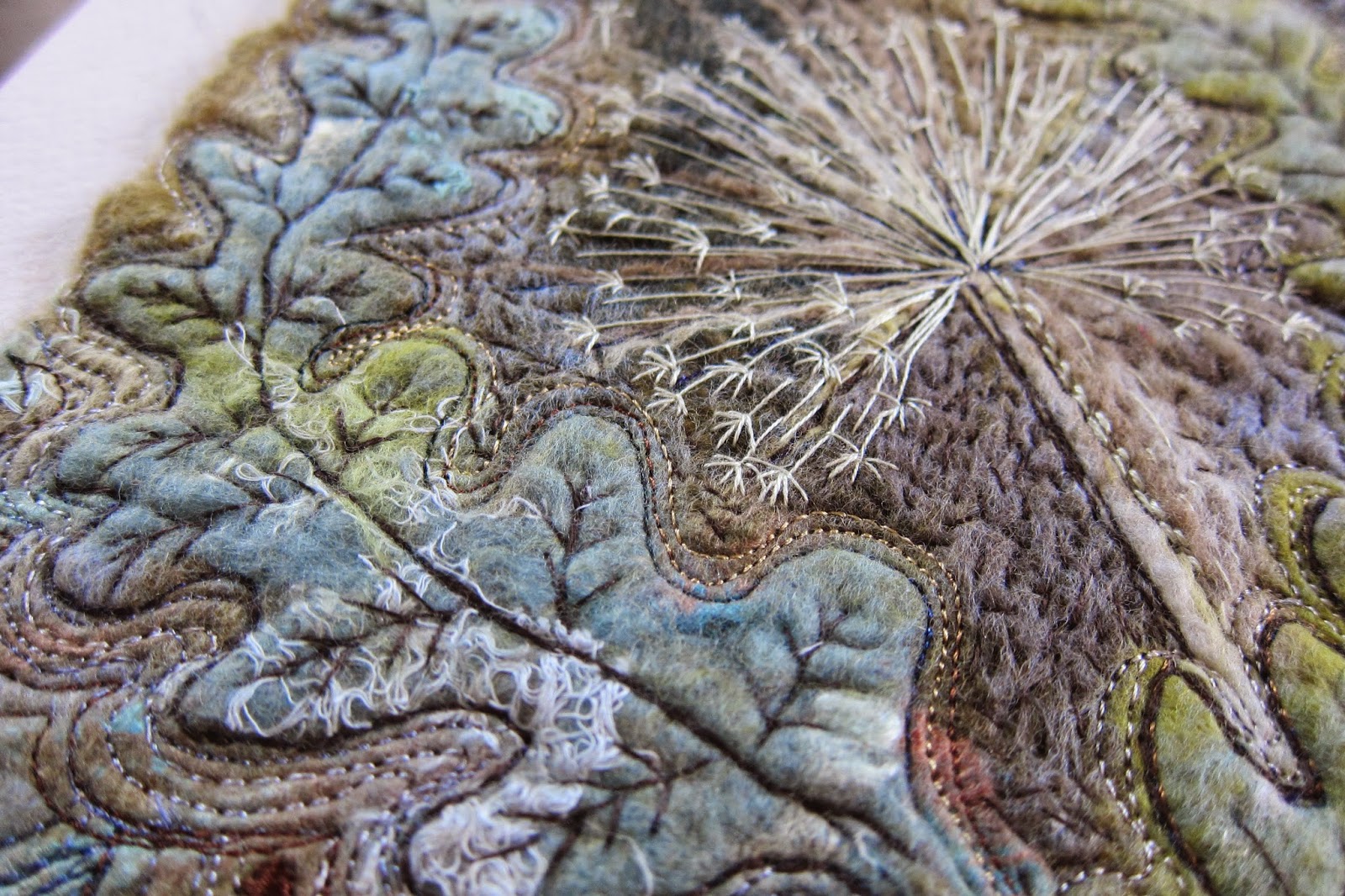 It reminds me of the day we got lost in the Pedi Valley on the Island of Symi last September. Click link to see pictures. 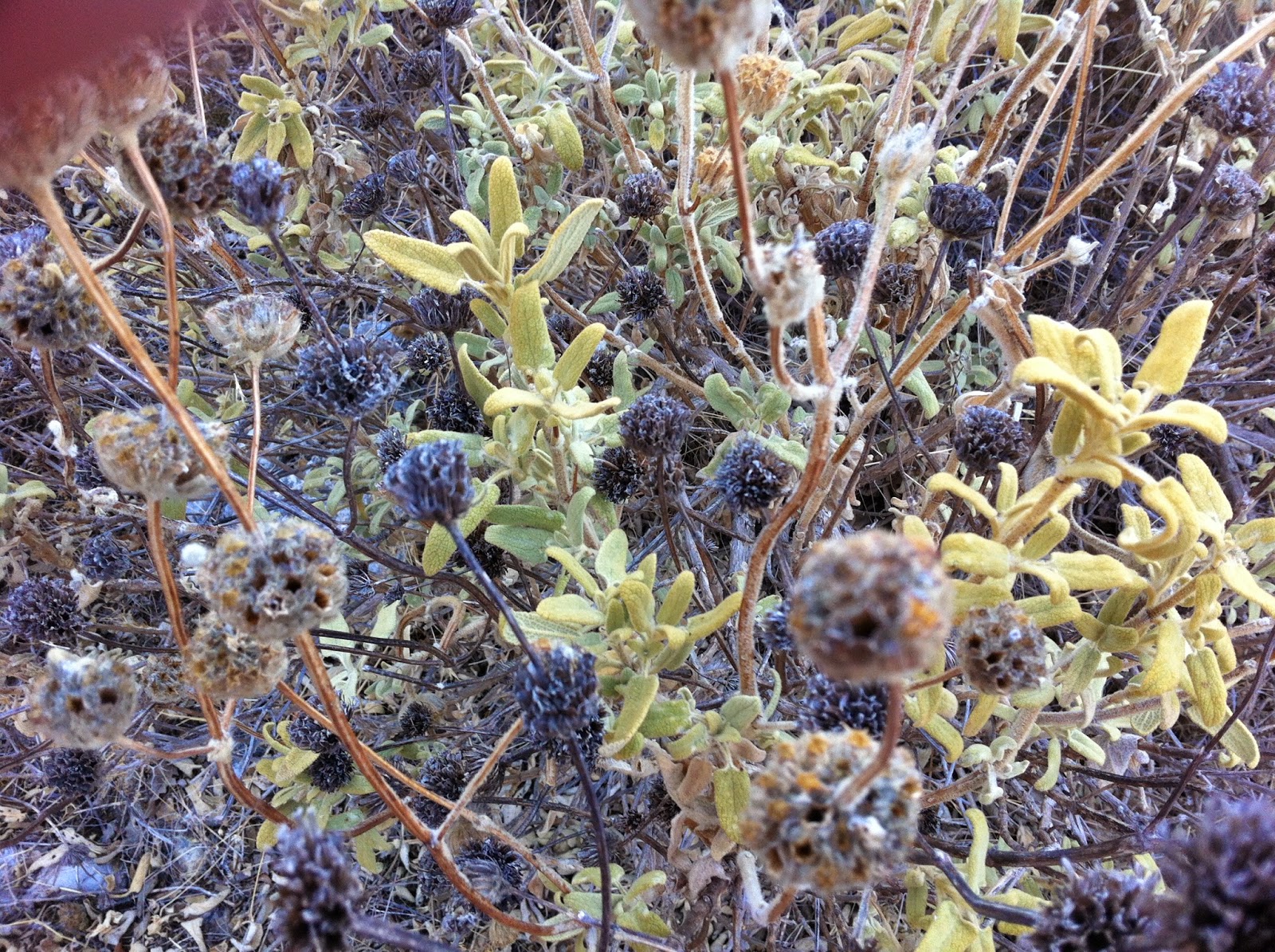 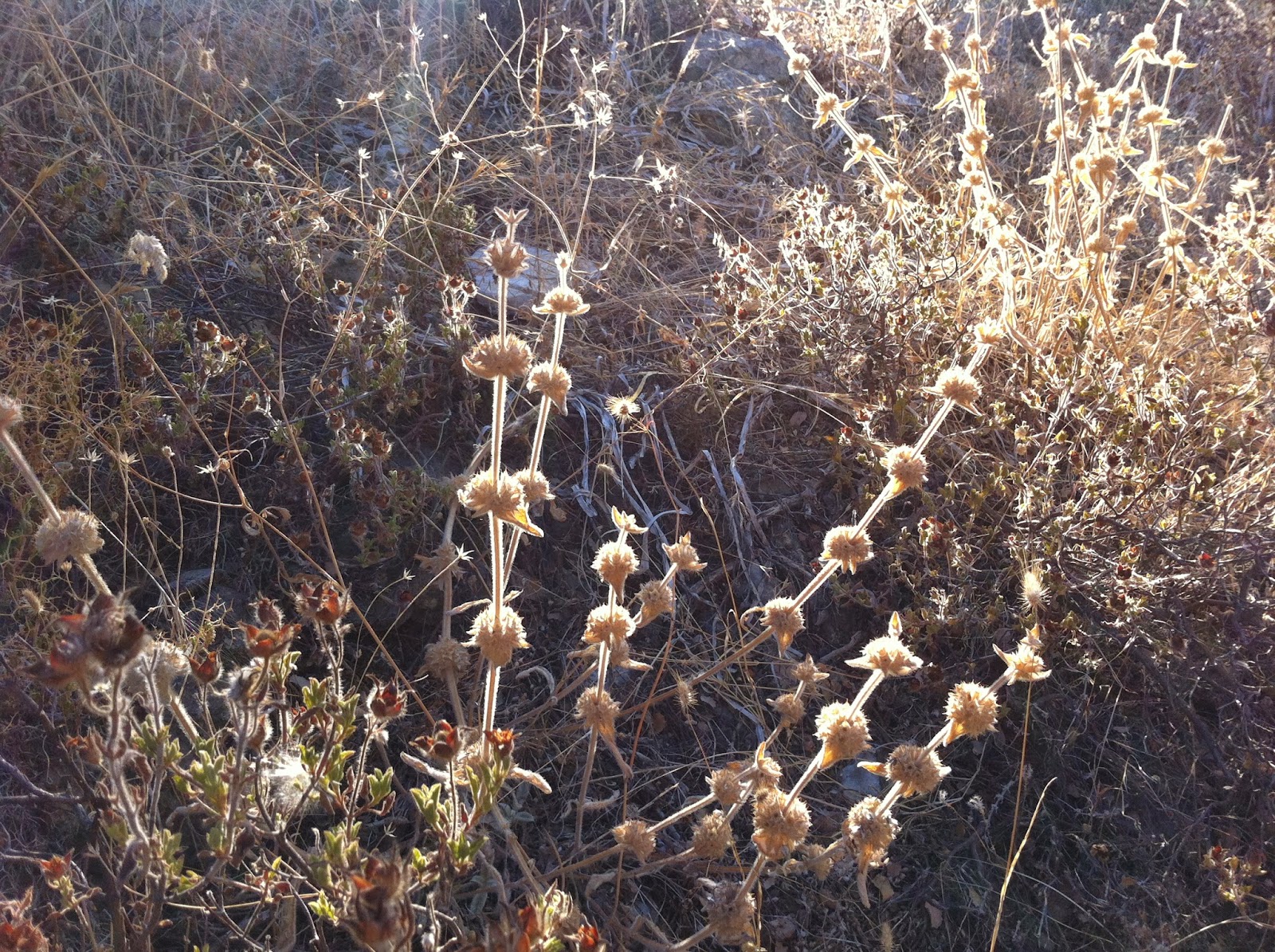 The undergrowth was beautifully coloured, shades of pale green and soft ochre, and quite 'seedy' and prickly.  Perhaps not so lush but it has that feel.

I have more drawings so I might look at working those into finished pieces.

I've also been working on another piece but I have a problem with it. Its too influenced by an artist I love. I fear if I post pictures it will be obvious where I have taken my inspiration. I don't know whether to bother finishing it.

I have a few commitments at the moment, the most urgent being a piece for an embellishing magazine in Australia, with an African theme. I know it will go swimmingly once I get going but its just taking that first step..or should I say putting my toe in the water!

I have extended the deadline to give myself a fighting chance! I think its going to be based on  Tuaregs camel saddle bags I saw in a museum in Marrakech. 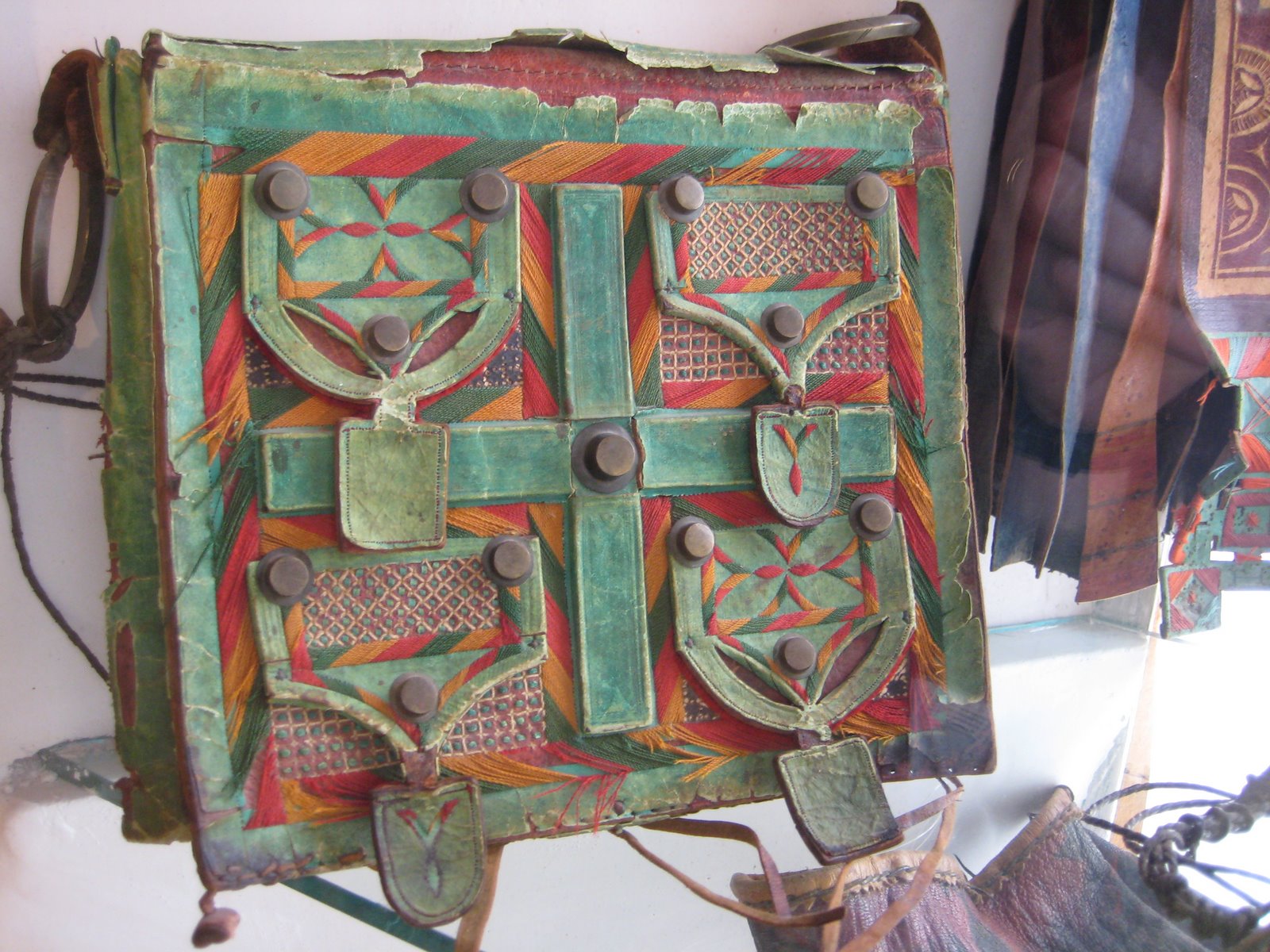 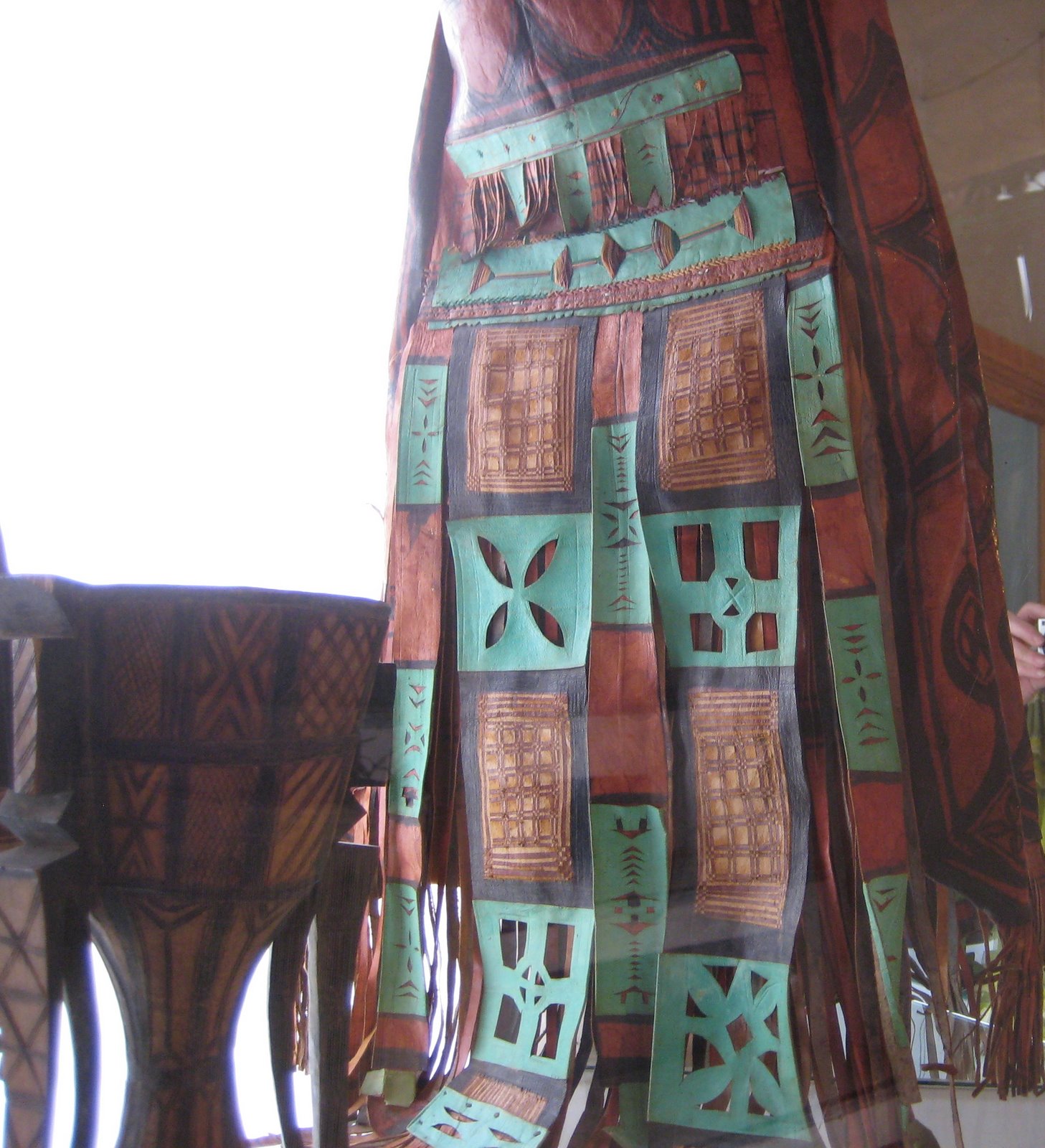 I'm also excited that I've been accepted for Woolfest! In Cockermouth in June. I can't wait. So much work to be done for that.

In other news: I'm in the middle of a month off alcohol..I only really drink red wine, and not every day either, and I can't say I'm missing it too much. I enjoy a glass with a meal a few  times a week, but then it makes me sleepy and worse still very warm, so I don't miss that.

I hear that a month off has a wonderful effect on your general health so I'm giving it a go. Most people did January but I didn't get round to it.

Its not strictly speaking a full month as I didn't start until 3rd February (because we were finishing a box of shiraz) and on 28th I'll be eating in an Italian Restaurant in the West of Ireland so I think that would be a good time to break the fast.

My husband thinks it might be a mistake to start drinking alcohol again in the week we go to Ireland but I must be moderate. I'm not an alcoholic or anything but in the Whiskey Bar in Ballyvaughan I may be tempted to overdo it. Mind you, Margaret the owner make s a great pot of tea and she always brings cake with it.

I suppose I ought to return to abstaining when I get home as its Lent and I'm a good Catholic girl, but guess what? I completely forgot to go to mass tonight for Ash Wednesday. I'd planned to, and just plain forgot. I always go on Ash Wednesday, in fact I don't think I've ever missed before.
I blame it on lack of red wine in my brain.

The funny thing was that my 87 year old Mum rang last night in a flap and asked 'Is it Ash wednesday tomorrow ?' So SHE went to Mass!

Here's another little piece I finished and is available in my etsy shop. Its small...four inches square. 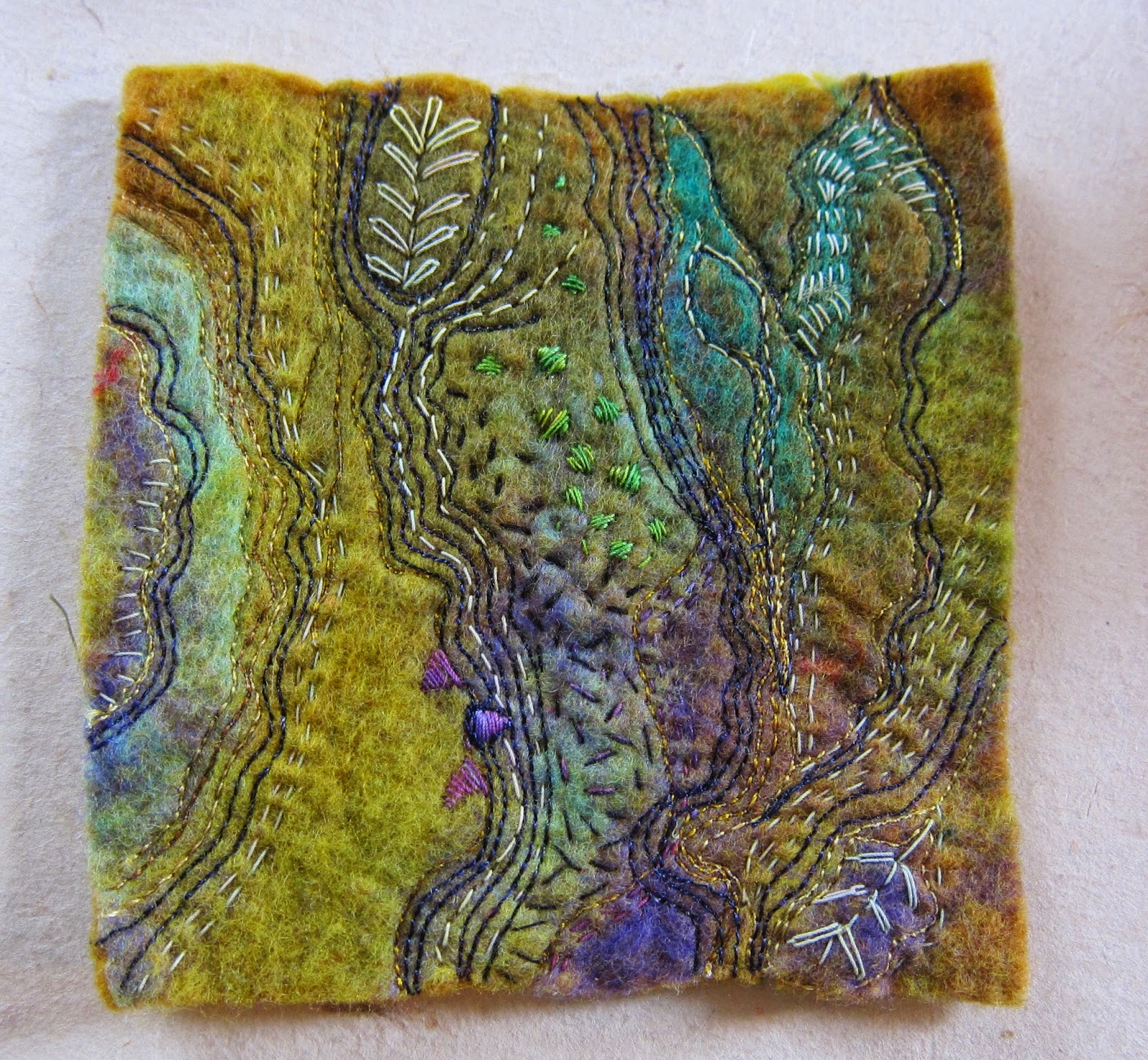 I've also started Yoga.
Its very 'yoga-lite'. I was worried it might be a bit spiritual but its a mixture of Yoga and Pilates and is absolutely fantastic. I am the blob in the corner that can't quite bend enough or balance enough but I feel amazing when I've finished Its actually in our village and thats nice. (Have I mentioned this already?)

Thank you to everyone who commented last time.
I'm sorry if I didn't manage to reply to you , sometimes its difficult to find an email address so if you comment please check back here for replies.
And finally...someone asking to be doodled..I got a bit carried away with the starry eyes. I need practice. 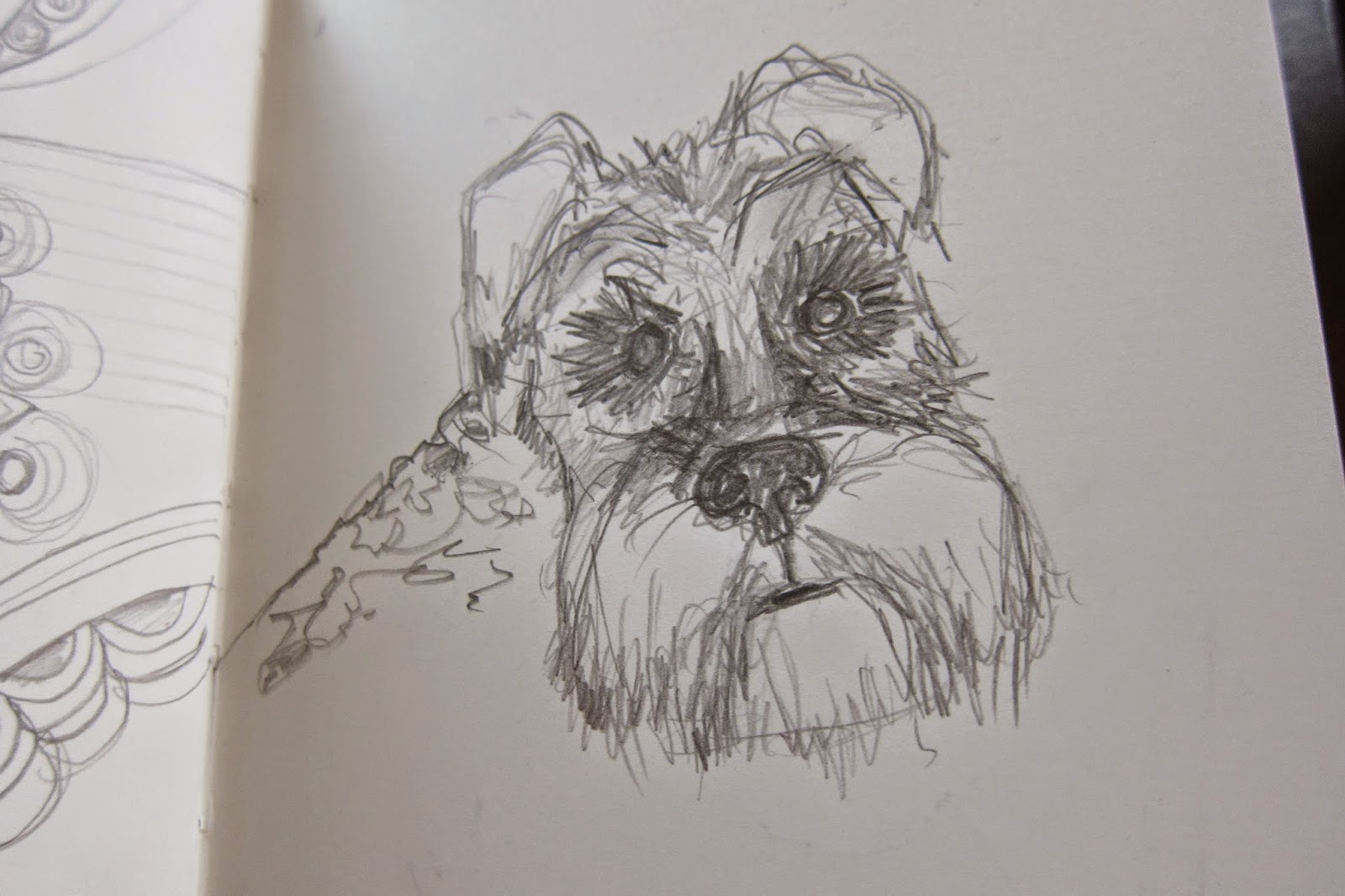