You'd think by now there would be a sign of some buds on the bushes but its a very undecided year. 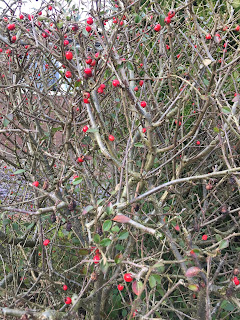 Snow in Ballyvaughan was a wondrous sight but very unexpected and quite restricting.
It started gently with a thin scattering, 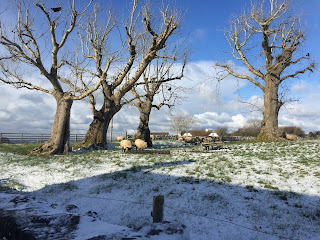 but by the middle of the week it was deep and dangerous and driving was a not advised. That meant I couldn't meet my two lovely textile friends for our annual catch up in Clarinbridge.
The residents of Ballyvaughan were delighted ..well some of them, mainly the younger ones, and I've never seen so many snowmen. I met one lady who said her sons hadn't seen snow before. I must admit it is strange seeing snow on the seashore. 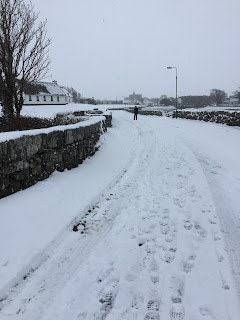 The Corofin Traditional Festival was cancelled so no concerts, and our usual trips here and there were out of the question. Ballyvaughan is in the Burren and the little roads over the mountains are narrow and steep and the snow made them quite dangerous even later in the week when it started to subside.

I checked the ferry sailings and and it looked as if we would be stuck there, as there were no sailings at all for a couple of days, but by Monday all ferries were back to normal and our journey home was uneventful
Hetty was so glad to see us that she couldn't decide if she was coming or going! 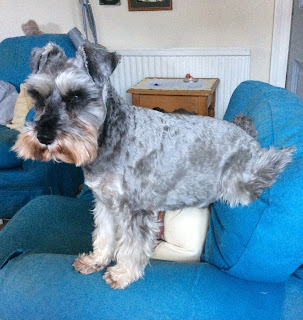 Now I'm looking forward to the Spring and I have an exciting event planned..another course.
I'm teaching two days of felting then stitching a small panel. 12th and 13th May so the weather should be better by then. I'm spreading the word so I get a full class.
I've booked my favourite Village hall in Brindle, Lancashire for the full two days. It's a lovely location and a beautiful hall.
Last time I taught courses there we had a great time.
Its filling nicely but I could do with a few more so get in touch if you're interested or know anyone who might be.
I've been busy making a few brooches as usual.
This is my favourite.
Lots more stitching than usual. 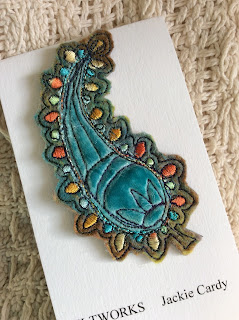 Talking of stitching.....my second spindle on my machine snapped off when it was in transit so I used some SUGRU to repair it. 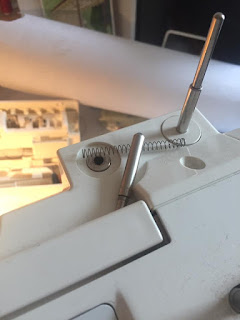 It's brilliant stuff, you can do all sorts with it. I previously made a support for a fridge door shelf with some, and once it dries hard it lasts for ages.
You can mould it into shape and attach it, 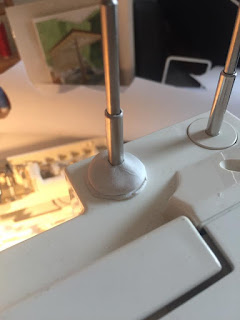 then shape it properly and when it dries it's really firm, well attached and solid. 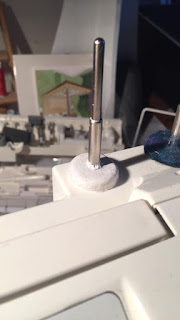 I must admit that I received this packet free as I had previously bought more than I needed and allowed it to go hard, so I did promise to tell the world about it! However I only ever do that with things I really love.